Start a Wiki
Sergent Fire Spy started out as a F2P, and promply finished every mission in Advant Garden. He then had his Mom purchase a membership for him. Once he got a membership, he joined Parodox and he chose the Shinobi speacality kit. Once he finished the missions he started working hard on making good propertys. He made his way to the Ninjago Monastary, doing the required missions to get there. Once at the monastary, he went on to learn each kind of Spinjitzu from the ninja and got each of the 4 golden weapons with the help of PikachuThunderBolt and RumbleStrikeSheild. Haveing learned the fighting techniques of the Parodox and spinjitzu from the ninja he got involved in each mission of battleing the Maelstrom. One day when he was logging on he found out that LEGO Universe was ending. Suprised he imeadiatily started to think of ways to save this wonderful game. Finally, an idea came to him. He would stay on throughout the entire night LEGO universe was closing and not log off. Having thought of the perfect plan he started relaying it on public chat so that everyone could hear. Determined to be the savior of LEGO Universe, he even told the F2P'ers about the plan. Everything was going as planned for Sergent Fire Spy until, sadly, his membership time wore out. He did not have enough money to pay for new membership so he made a new account a month later. He was then known as Strange Smarty Ninja on LEGO universe. His new minifigures name was after his favorite Ninjago ninja, Zane. He had no way of telling his old friends that he was actually SergantFireSpy. The day then came when LEGO universe ended, he stayed on all night that night wondering if his old friends were doing the same. He was doubting that his plan would work but time passed and he was still on at 12:01! He was the only one on but sadly, he had gotten tierd at 12:40 and turned off his computer. The next day he tried to log on but he could not, he was sad but he was also happy since he had saved LEGO universe for 40 minutes. Today he still wonders if his friends went on with his plan. Lots of versions of his story are told but, this one is the real one.

"System: Smash me for items" -SergantFireSpy while in box costumes pranking people

"We have to stay on, never get off, we can't let this end, we will win, this won't finish, the fight isn't over" - SergantFireSpy about the closing of LU

"And heres my flying camel, killing, following skull and the smashable little training model i made" -SergantFireSpy naming stuff in his Advant Gardens property

"Goodbye old friend" - SergantFireSpy, his last quote on LU before logging off as the last minifigure left. 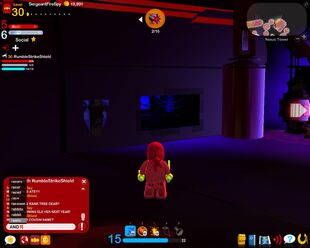 Sergent Fire Spy in his fire suit in the parodox room 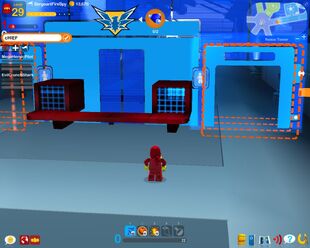 Sergent Fire Spy in his fire ninja suit in Nexus Tower
Add a photo to this gallery
Retrieved from "https://lufanon.fandom.com/wiki/Sergent_Fire_Spy?oldid=6112"
Community content is available under CC-BY-SA unless otherwise noted.