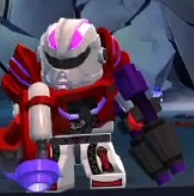 Username GeneralBrick, a minifigure in the Paradox Faction, and notable former leader of the clan Team Brick

General Brick was known for his ruthlessness, especially in battle and leadership positions. Examples of his cruelty include:

Retrieved from "https://lufanon.fandom.com/wiki/General_Brick?oldid=6647"
Community content is available under CC-BY-SA unless otherwise noted.